It contains of the series of 300 g chocolate bars; with the wrappers with the photos of a typical S&M session with two most frequent types of  clients. First would be a young  neurotic guy – an aesthete not capable for real relationships with women. He is both lusting and despising women at the same time. The second type would be a slightly bored and frustrated middle-aged businessman; stressed out, wishing to take a break from his everyday routine. S&M sessions were highly sexual, yet at the same time innocent encounters of strangers in discrete hotel rooms, yet, in my case, they have been the most rewarding meetings with different individuals from various levels of the society. They have illuminated profoundly my undrestanding of human character as well the nature of a typical Estonian male:

There are also texts in Estonian and English on the wrappers of chocolate bars – extracts from my diary of that period of my life describing the most meaningful encounters.

This installation has been exhibited in Tallinn Art Hall in February 2007 at the exhibition called Sex Market and in Berlin at the Open Space Festival of Free Arts. 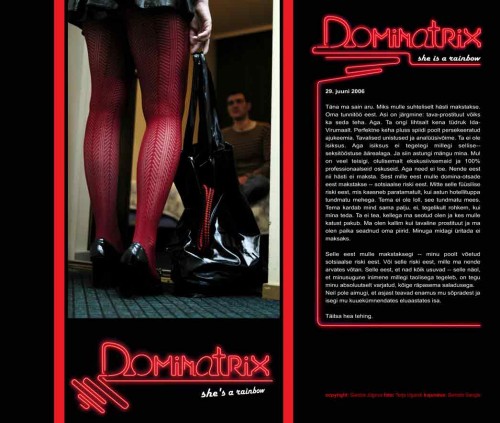 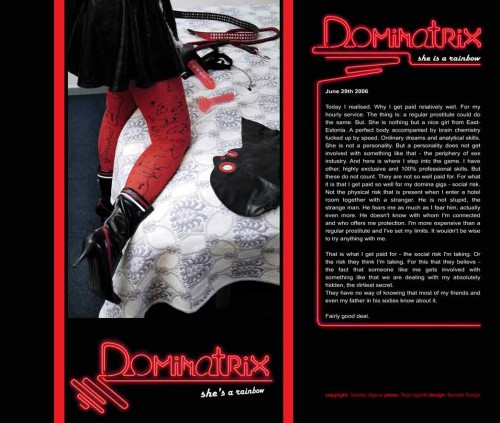 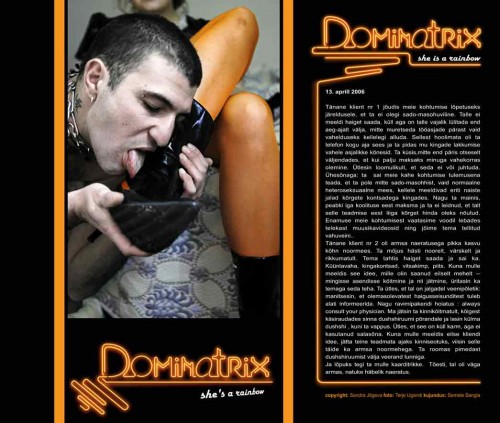 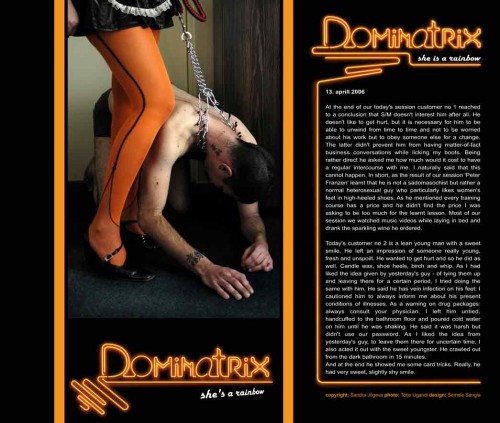 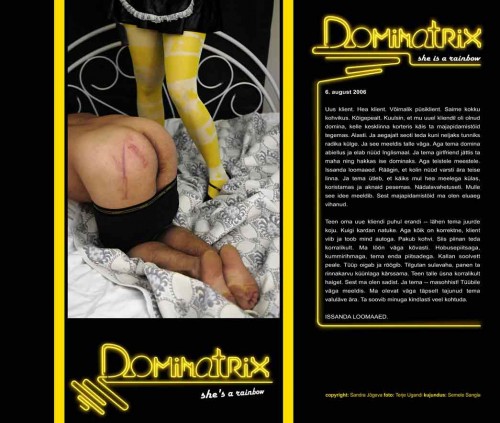 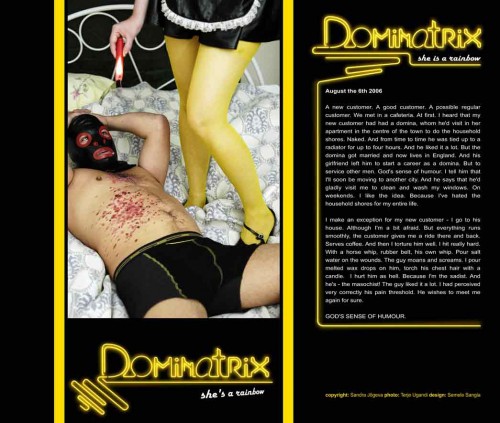 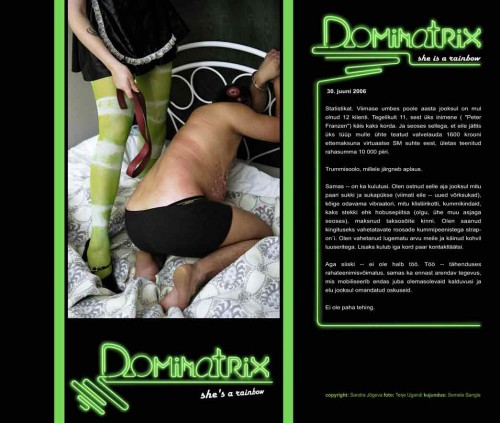 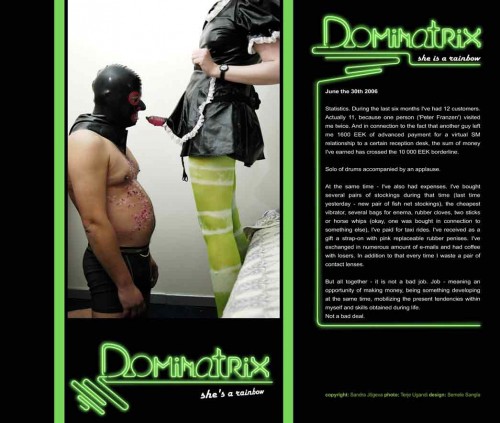 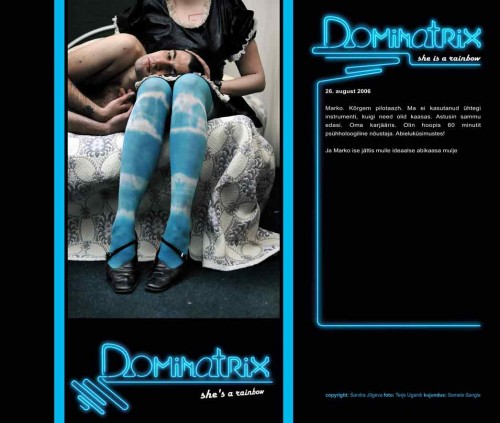 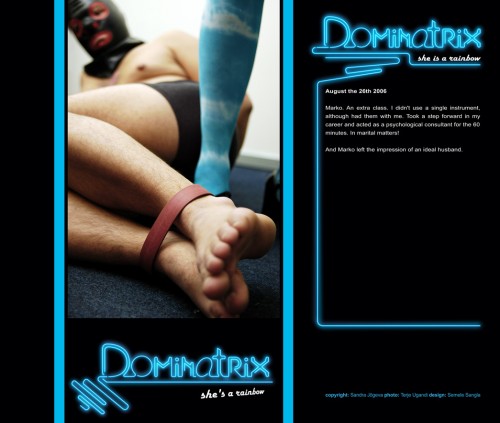 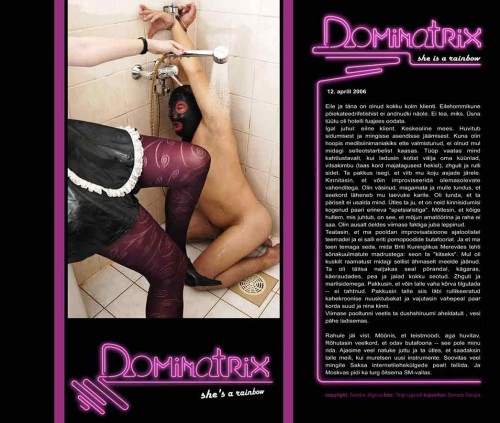 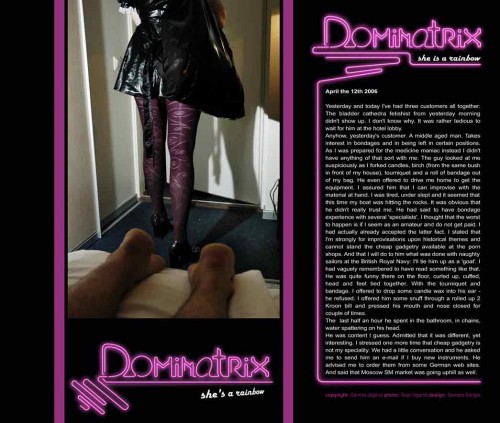 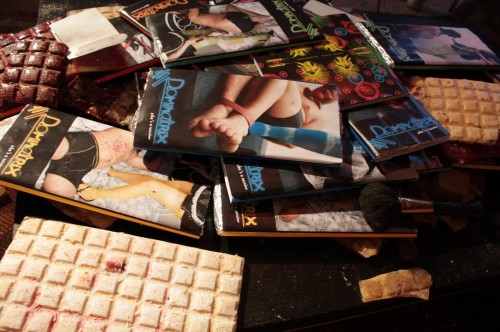